[Welsh poet Dylan Thomas] told me a burlesque story of meeting [American novelist] Henry Miller in London. After a prolonged session in the pubs they went to a little dairy in Rathbone Place which served sandwiches and which I well remember as being a very simple, clean, unpretentious place. But Miller was drunk and also extremely short-sighted. He was convinced that Dylan had taken him to a brothel and that the plain uniforms and innocent bearing of the waitresses were the last word in lubricious sophistication. Dylan had great difficulty in averting calamity and never succeeded at all in convincing Miller that he was mistaken. We speculated on how many similar misunderstandings might underlie the exploits so boringly recounted in [Miller’s] Tropic of Capricorn and Dylan went on to improvise a new work of Miller’s of which the dairy was the transmuted center and in which Miller played a grotesquely comical role, rather like Mr. Magoo.

Also, see an earlier post about Anthony Burgess’ comparison of himself to Mr. Magoo. I am also reminded of Buckminster Fuller’s account of his impaired vision as a child—

I was born cross-eyed. Not until I was four years old was it discovered that this was caused by my being abnormally farsighted. My vision was thereafter fully corrected with lenses. Until four I could see only large patterns, houses, trees, outlines of people with blurred coloring. While I saw two dark areas on human faces, I did not see a human eye or a teardrop or a human hair until I was four. Despite my new ability to apprehend details, my childhood's spontaneous dependence only upon big pattern clues has persisted.… 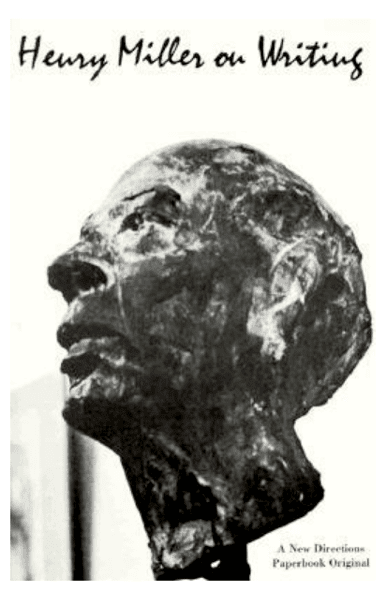