Do Not Climb Mount Fuji 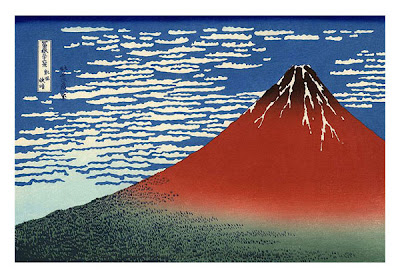 I wish, however, that I had not climbed Mount Fuji; never again was I able to quite capture the feeling of pristine beauty that it undoubtedly gives until such time as one actually sets foot upon its slopes. But then, as one of my Japanese friends was fond of saying, Fuji is only a "seeing" mountain; it was never meant to be climbed. The Japanese, however, have a saying that there are two kinds of fool: those who have never climbed Mount Fuji, and those who have climbed it more than once.
Posted by Roy R. Behrens at 3:48 PM