“Banality” is the operative word…

Britney Spears, a pop singer, shaves her head and goes into rehab. Most Americans know her name. She is a celebrity. None of the contestants in a recent episode of Jeopardy, a popular TV quiz show, knew who Strom Thurmond was. For most of the twentieth century, on the floor of the Senate, he was the drum major of segregation. Not even his fathering a black child was within the ken of the Jeopardy participants. Nor did they know the name of Kofi Annan (the newly former United Nations secretary general).…

We’re now in a war [in Iraq] based on an outrageous lie [about “weapons of mass destruction”], and we are held up to the ridicule and contempt of the world. What has happened? Have we had a lobotomy performed on us? Or it it something else? I’m saying it is the daily evil of banality.
Posted by Roy R. Behrens at 9:08 AM

life is an ever-shifting network of categories

Our lives are bathed in a continuous flow of signs which we interpret to catch the world in an ever-shifting network of categories. The condition of human life is continuous categorical metamorphosis. We are forever engaged in constructing around us an architecture of categories as fluid and yielding to our interests as the air. There is nothing man has not sacrificed, including millions of his fellow human beings, in the vain effort to fix that architecture, to stabilize his categories. But all knowledge, all science, all learning, all history, all thought are unstable, cannot be made static, even by the majesty of the law armed with the power of brute force.

In view of the many painful events and discussions that are currently on-going, were I asked to name a book that everyone (young and old) could benefit from reading, I would strongly recommend Rutgers sociologist Eviatar Zerubavel’s The Fine Line: Making Distinctions in Everyday Life (New York: The Free Press, 1991). This is one of its many powerful thoughts (p. 80)—

It is society that helps us carve discrete islands of meaning out of our experience. Only English speakers, for example, can “hear” the gaps between the separate words in “perhapstheyshouldhavetrieditearlier,” which everyone else hears as a single chain of sound. Along similar lines, while people who hear jazz for the first time can never understand why a seemingly continuous stretch of music is occasionally interrupted by bursts of applause, jazz connoisseurs can actually “hear” the purely mental divides separating piano, bass, or drum “solos” from mere “accompaniment.” Being a member of society entails “seeing” the world through special mental lenses. It is these lenses, which we acquire only through socialization, that allow us to perceive “things.” The proverbial Martian cannot see the mental partitions separating Catholics from Protestants, classical from popular music, or the funny from the crude. Like the contours of constellations, we “see” such fine lines only when we learn that we should expect them there. As real as they may feel to us, boundaries are mere figments of our minds. Only the “socialized” can see them…

•••
RELATED LINKS
Eviatar Zerbavel, Taken for Granted: The Remarkable Power of the Unremarkable
Eviatar Zerbavel, Hidden in Plain Sight: The Social Structure of Irrelevance
Roy R. Behrens, On Slicing the Cheese and Treating the Menu Like Stew: On Creativity and Categorization
Posted by Roy R. Behrens at 1:31 PM 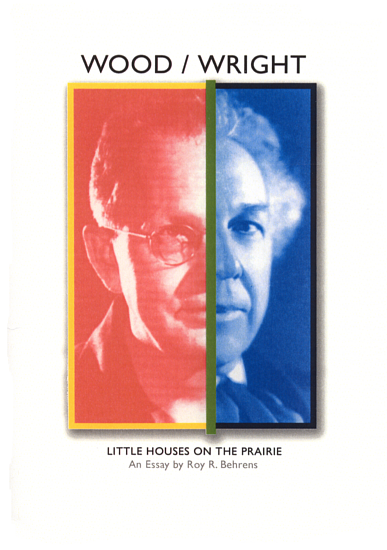 Eccentricity | When being blunt doth not sit well

The party was to meet at the pier of the House of Commons and go up the river in two steamers. As we did not know precisely where the pier was we stopped outside the House of Lords [aka House of Peers] to ask a policeman.

I: “Can you tell me where I shall find the pier of the House of Commons?”

When younger he [his father] had invented many other things; at Eton, for example, a musical toothbrush while played Annie Laurie as you brushed your teeth and a small revolver for killing wasps.

According to a Wikipedia biography of Sir George Sitwell—

He banned electricity in his household well into the 1940s and made his guests use candles. He deliberately mislabelled his self-medication to stop anyone else using it. Sitwell lived on an exclusive diet of roasted chicken.

He is the [jack]daw with a peacock's tail of his own painting. He is the ass who has been at pains to cultivate the convincing roar of a lion.
Posted by Roy R. Behrens at 10:19 AM