Saying so much with so little | such a poster 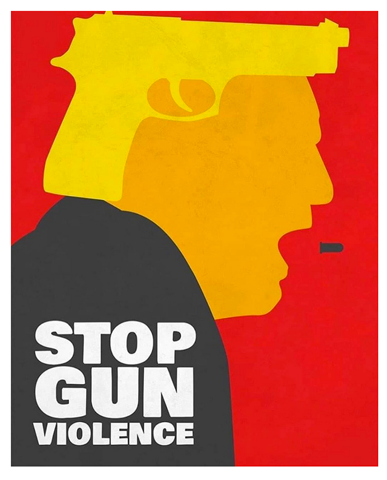 Above An extraordinary poster (unfortunately, haven't found the graphic designer's name) that says so much so powerfully—with such unbelievable brevity. Thanks to former student Amanda Chan, who passed it on.
Posted by Roy R. Behrens at 11:32 AM

An Arizona-based friend and artist Joseph Podlesnik recently sent me a visual metamorphosis, the stages in the development of chair design. I thought it was appropriate because Joe himself is a metamorphosis, albeit not one you should sit on.

This fall he is teaching an online course in photography for Cornell University, his graduate alma mater. When I first met him forty-plus years ago, he was an undergraduate in painting and drawing at the University of Wisconsin-Milwaukee, and admired for his skillfulness at drawing from life. His drawings were astonishing because they were so “true” to immediate sight, and yet they appeared to have happened effortlessly.

Here is a favorite self-portrait I’ve posted before. He does look squiggly in real life—but not that much.

Some years later, he began to make short films about his family, that relied on those same virtues of looseness entwined with precision. In recent years, he has evolved into photography. But not just photography, but Joe Podlesnik photographs.

A recent one (for which he received a prize in a nationwide competition) is shown above. But I am also reminded that in 2016, two years before my retirement, my students designed a series of posters, called Almost Seeing, about the photographs he was making then.

A new exhibition of twenty-five posters pertaining to plants and other natural forms will be on display throughout September and October 2019 at the Interpretive Center at the Hartman Reserve Nature Center in Cedar Falls IA. They can also now be viewed online.

This is the third exhibition of posters in a series of four, intended as promotions for a series of informative talks on nature-related topics, one per month, always on the Second Sunday. The upcoming presentations include a program on dinosaurs (which kids and adults will both enjoy) by Sherman Lundy (Sunday, September 8, at 2:00 pm), and an illustrated talk about various prairie-based creatures that fly by photographer and writer Bill Witt (Sunday, October 13, at 2:00 pm). All presentations are free and open to the public.

The posters in the exhibition are focused on the forms of plants, some of which are native to a prairie setting, while others were among the plants that flourished in the age of dinosaurs.  All of the posters in this exhibit are derived in part from the black-and-white plant photographs of German photographer Karl Blossfeldt (1865-1932).  His plant photographs were first published in 1928 in a book titled Art Forms in Nature, and are now in public domain. For these posters, graphic designer Roy R. Behrens has adapted the photographs by removing the backgrounds, zooming up on details, cropping, and adding color effects.
Posted by Roy R. Behrens at 5:08 PM

Above One of twenty-five posters pertaining to birds, designed as promotions for a series of informative talks, one per month, always on the second Sunday. Coming soon is a talk about area birds by members of the Prairie Rapids Audubon Society (PRAS) (Sunday, August 11, at 2:00 pm) at the Interpretive Center at the Hartman Reserve Nature Center in Cedar Falls IA. All presentations are free and open to the public.

In connection with this presentation series (called Second Sunday Speakers), an exhibition of bird posters, designed by Roy R. Behrens, was installed at the center on July 1 and will remain on view during August. All the posters can also be viewed online.  This is the second in a series of four poster exhibitions on nature-related topics.
Posted by Roy R. Behrens at 11:11 AM