think life today is strange—just look at the future 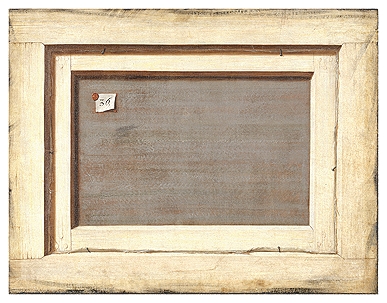 Above Trompe l'oeil is an art historical term which translates literally from French as “fool the eye.” In this long-practiced tradition, artists create images that are so finely detailed that they might at first be mistaken for “the thing itself.” Until recently, I had not heard of Cornelius Norbertus Gijsbrechts, a seventeenth century Dutch painter. Not only was he an accomplished trompe l’oeil practitioner, he could also be terribly funny. Reproduced above, for example, is his The Reverse of a Framed painting (c1670), which is featured in an article on one of my favorite websites, The Public Domain Review, which includes an essay on Gijsbrechts and a selection of his paintings.

Ring Lardner, TEETH AND HAIR TO DISAPPEAR, NOTES RING: Will Mean Radical Changes—Barbers and Magazine Proprietors to be Jobless—Highballs for Breakfast in the Davenport Democrat and Leader (Davenport IA), March 1, 1925, p. 3—

The future man, says [a Harvard University professor], “is certain to lose his teeth because he don’t need them no more. The ape man used them to tear sinews and break nuts and etc., but civilization has done away with these conditions. Hair was given us by nature to protect us vs. cold, but now we have got coats and artificial covering. Man used to half to have toes, to help climb trees to escape from animals, but now he don’t need toes no more and can get along with a whole lot less fingers. The shape of the human skull and man’s erect position is designed to promote an increase in the size and weight of the brain.”

Without hair and whiskers and teeth, they won’t be nobody advertising shampoo cream or shaving powder or toothpaste which means closing up a lot more factories to say nothing about shutting down all the magazines, which is now supported by the boys that advertises these implements. Any ways you can see the finish of same magazines which I don’t need to mention their names but the only place you ever find them, is at barbers and dentists.

With the barbers out of business they won’t be no shelter for manicure girls and besides when people only has one finger they ain’t going to pay no 50 cents or 75 cents for a manicure to say nothing about how is the gals going to wield their scissors and file and etc. with only one finger. Along with manicurists will go chiropodists because our feet is going to have even less toes than our hands and they won’t be no parking space for a corn let alone a bunion.

There is a few facts to be faced but they ain’t by no means all. Like for instance: What is to become of all the folks now employed in comb and brush factories? And what will women talk about when they ain’t got no hair? And who is going to provide for the boys that makes their bread and butter playing a clarinet or a horn or a harp or a violin and etc. The only musical instrument a person can play with one finger is the piano and one finger piano music ain’t libel to overcrowd the dance halls. How can Babe Ruth swing a bat or how can Vanco pitch a curve ball with one finger? And what is the coacher at first and third base going to holler when they can’t say “Be on your toes?”

A person will get up in the morning and thank heavens that they don’t half to have or comb their hair but it will take them just as long to dress if not longer because it is some trick to button things up with one finger and if you ain’t got no hair—why they’s so much more surface to wash and specially when you have longer faces.

Without no teeth you can’t have nothing for breakfast except soup or a couple of high balls and by that time the high balls probably won’t have much nourishment in them because the professor says that it is going to be anywheres from 40,000 to 75,000 years before all these changes takes place. After breakfast you go to whatever work a person can do with one finger and no toes. At lunch you can have some more soup or scotch then back to work and a big dinner at night consisting of soup and liquor. They will still be theaters in the evening but people who prefers revues and gal shows will be up against it for entertainment as nobody wants to open their mouth and sing when they ain’t go no teeth and Gilda Gray is the only dancer in the world that can perform without using her hands and feet.

As I say [the good professor] don’t expect all these evolutions and revolutions for 40,000 or 75,000 years and the big majority of us won’t hardily live that long so we should worry, but it would be kind of interesting to look on from the outside and see how the world rolls along under the new conditions. Personally I haven’t no idear what it would be like to have no fingers or toes, but from the start I have got it ain’t going to take me no 40,000 years or nowheres near that long to appreciate what it means to live without teeth and hair.

you no longer have to suffer to be an artist 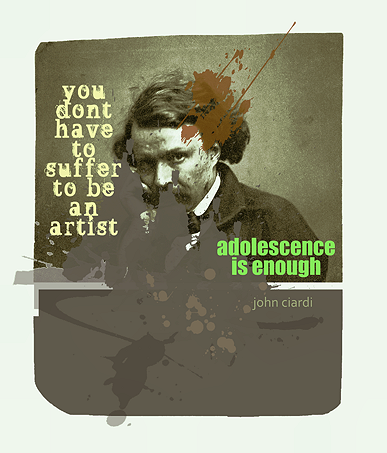 Khaki to Khaki (dust to dust): The ubiquity of camouflage in human experience

i would rather buy a house than a cantaloupe

Above While engaged in family history research, I ran across this photograph of the gravestone of my paternal German-born great grandparents, Heinrich Simon Diedrich Behrens (1824-1901) and Anna Christina Elizabeth Edelmann (1835-1921), in the cemetery in Garnavillo, Iowa. It is almost a literal family tree. It certainly differs substantially from the design of my own tombstone.

Look, a cantaloupe is a hard thing to buy—maybe the hardest thing there is to buy, when you stop to think about it. A cantaloupe isn’t an apple, you know, where you can tell from the outside what’s going on inside. I’d rather buy a car than a cantaloupe—I’d rather buy a house than a cantaloupe. If one time in ten, I come away from the store with a decent cantaloupe, I consider myself lucky. I smell it, sniff it, press both ends with my thumb…I’ll tell you about making a mistake with a cantaloupe: we all do it. We weren’t made to buy cantaloupe. Do me a favor, Herm, get off the woman's [back], because it isn’t just Lil’s weakness buying a [lousy] cantaloupe: it’s a human weakness.
Posted by Roy R. Behrens at 7:43 PM

that's the second dirtiest leg in all knox county 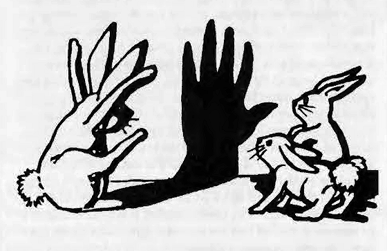 One day working ln the garden, Polly Dan stumbled over a big rock and sprained her leg. The post-mistress telephoned for Dr. Hitchcock, who took a good look at her leg, probed the muscles, and said: “Aunt Polly, I'll bet that's the dirtiest leg in all Knox County.” “How much will you bet?” asked Polly. “I’ll bet five dollars.” “All right, it’s a deal,” she said. Thereupon she took off her other shoe and stripped down her stocking. “I washed that one because I knew you were coming.” The doctor lost the money, but he had a story which he loved to tell for the rest of his life.

i do not want a wide reading audience even if…

“We must remember,” he [a classics professor] declared, “that professors are the ones nobody wanted to dance with in high school.” This is an insight that lights up the universe—or at least the university. It is a proposition that every entering freshman should be told, and it is certainly a proposition that helps to explain the problem of [unintelligible] academic writing. What one sees in professors, repeatedly, is exactly the manner that anyone would adopt after a couple of sad evenings side-lined under the crepe-paper streamers in the gym, sitting on a folding chair while everyone else danced. Dignity, for professors, perches pre-cariously on how well they can convey this message: “I am immersed in some very important thoughts, which unsophisticated people could not even begin to understand. Thus, I would not want to dance, even if one of you unsophisticated people were to ask me.” Think of this, then, the next time you look at an unintelligible academic text. “I would not want the attention of a wide reading audience, even if a wide audience were to ask for me.”

Darjeeling [India] is an exceedingly pretty place, unlike anything I have seen before. It is laid in terraces on the side of the mountain. Looking down from the hotel, the streets form an interlaced and zigzag pattern. I should never know how to get to any given house in the place. It  is like one of those labyrinth puzzles that you try to get to the center of without crossing a line. The safest way is to do as Alice did in the “Looking-Glass House,” turn your back to a place, and presently you find yourself walking in at the front door.
Posted by Roy R. Behrens at 3:57 PM