Since the mid-1990s, I've been associated with the Humanities Iowa Speakers Bureau. For all those years, I've been available to speak on subjects that pertain (in one way or another) to the history of the state. I've often given talks (sometimes as many as ten per year) at public libraries, historical societies, community centers, and so on. The talks are free and open to the public. They are funded by Humanities Iowa, which is part of the National Endowment for the Humanities. The requesting organization is charged only $50, while the HI picks up the additional costs of travel expenses, speaker's honorarium, and so on. What a great program.

Over the years, the talks I've offered have usually been about Frank Lloyd Wright, Grant Wood, Buffalo Bill, World War I camouflage (which Iowans contributed to), and so on. A few days ago, I gave my presentation on Buffalo Bill (which includes an account of the plight of the Native Americans during the dreadful Indian Wars) at the Story County Conservation Center, just north of Ames IA. The large audience (around 100 people) was absolutely wonderful, and, as usual, I had a truly delightful time. 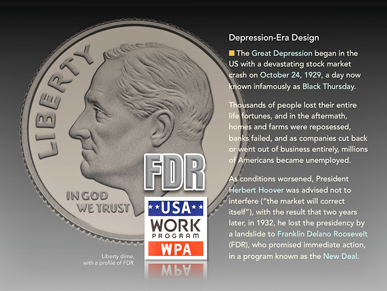 The downside is that it was probably the last time I'll present my talk about Buffalo Bill, which has easily had the most requests. With my retirement from teaching, I decided it was time to offer new topics. My new talks are listed on the HI website here. One of those talks is about the WPA (Works Progress Administration), one of the government programs set up by Franklin D. Roosevelt in the Depression Era, as I described in an essay I wrote years ago. One facet of that enabled unemployed artists to apply to create public murals for permanent installation in US post offices. It's surprising how many of these have survived. Reproduced above is one of my favorites, titled The Corn Parade, a painting by Orr Fisher in the US Post Office in Mount Ayr IA.
Posted by Roy R. Behrens at 11:39 AM