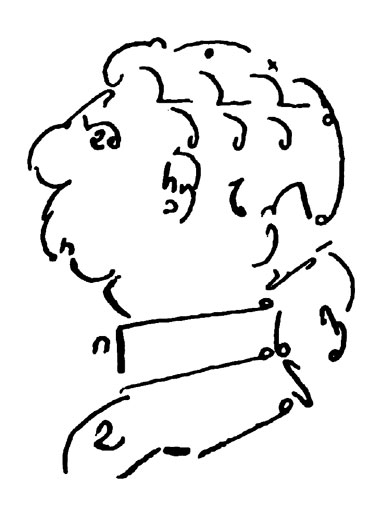 
Whatever else may be said of teaching, it passes like a high speed train and carries ones life along with it.

My first college-level teaching position began 40 years ago, which means that I've just concluded my eightieth semester. In each of those years, I've worked with about 150 students, sometimes more. There was a time, I like to think, when I could recognize the names of all of them, usually because I remembered their work. Despite moving from school to school, many I can still recall, and there are some I continue to hear from.

Beginning in the late 1990s, for example, I had the memorable opportunity to work with a talented young illustrator named Jared Rogness (BFA 2003). Most likely, I doubt if I taught him a thing. He was one of those "driven" enthusiasts for pen-and-ink drawing who had probably been drawing nonstop since early childhood (a species now close to extinction). As an undergraduate, he was an editorial cartoonist for the student newspaper (he called himself "e-chicken"), for which he was doing professional work that was amazingly original, intelligent and of course well-drawn.

Years later, after somehow surviving the ordeal of making a living while continuing to do things of quality, he settled in California, working as a storyboard illustrator for Hollywood, while making imaginative comics. Reproduced above is a black-and-white drawing he made recently, in advance of his current major project, the first installment of a new creator-owned comic, titled The Knightmare of Nabokov.

I still recall so many drawings he made over the years. There was a period of time, for example, when I was the art director of what was then a small but widely-known magazine (a National Magazine Award winner), admired in those days for the quality of its artwork as well as for its writing. It was my good luck (and that of the magazine) to be able on occasion to hire Jared Rogness to illustrate some of the short fiction. He produced the most astonishing illustrations, some of which can still be seen on his current web portfolio. Two of those pieces are shown below. 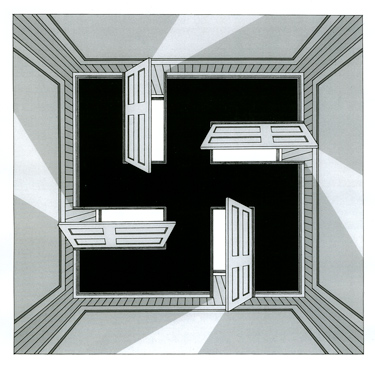 There are countless historical videos on Adolf Hitler, the Third Reich, and the circumstances of the death camps, but this is undoubtedly one of the best. From its beginning moments, which consist of a drawn-out, completely mute ﬂight over a tranquil German village, this ﬁlm demands our attention, then holds us ﬁrmly by the throat for a full two hours. Its power in part is undoubtedly due to the night-marish subject matter (I couldn't sleep after watching it). Yet, few accounts of World War II Germany are as memorable, which I think is mostly attributable to the images used (photographs, revealing documents, artworks, and rare and often shocking ﬁlm footage, especially that made by the Nazis), the artfully insistent pace of the editing, and the persuasive clarity of the narration. It is not a ﬁlm that is summarized easily, but its underlying premise is that Hitler (who had initially wanted to be an artist, then an architect) was not entirely irrational, but rather that the things he did, while outrageous and revolting, were seemingly logical methods by which he could "art direct" or "design" society. A devotee of Darwinian natural selection, he believed that the natural process by which the weak (or unﬁt) are self-exterminating was being subverted by permissive social practices, which he also perceived as analogous to the threat of contagious diseases. Like many of his contemporaries, he was a great admirer of the composer Richard Wagner, especially his elaborate operas, which combined different arts (music , theatre, literature and visual art) into a harmonious single event, for which Wagner used the term Gesamtkunstwerk (German for "total work of art"). Surprisingly, this ﬁlm does not mention that famous word, although it was widely and commonly used by turn-of-the-century architects and designers, among them Henry van de Velde, Peter Behrens, Josef Hoffmann, and Frank Lloyd Wright (who called it "organic form"). In those days, when the ﬁnest architects were asked to design a building, they were likely to refuse to make only the rudiementary shape or shell. Instead, they tended to design the entire building (much as William Morris did with (at least) the interior of his own residence, Red House), to make it consistent by also designing the furniture, the ﬁttings, the dinnerware, and, in some cases, even the ideal clothes to be worn by the building's residents. This was taken one step further in 1899 when Josef Maria Olbrich was invited to design (as a deliberate Gesamtkunstwerk) the setting and most of the houses for an artists' colony in Darmstadt, Germany. This ﬁlm does not mention that colony, but it does say that, as Chancellor, Hitler began to imagine himself as the set designer, director and leading actor (or perhaps what designers now commonly call the "corporate designer") of a colossal Wagnerian opera called the Third Reich, for which he really did design certain uniforms, ﬂags, standards and buildings. It also claims that, in addition to Hitler, at least half of his leading ofﬁcials had direct and signiﬁcant links to the arts. Those artistic involvements were not incidental, the ﬁlm argues, because the Third Reich was in certain ways an aesthetic movement—a perversely misguided attempt to improve the world for the German Volk, and to reunite art with everyday life.—RB more>>> 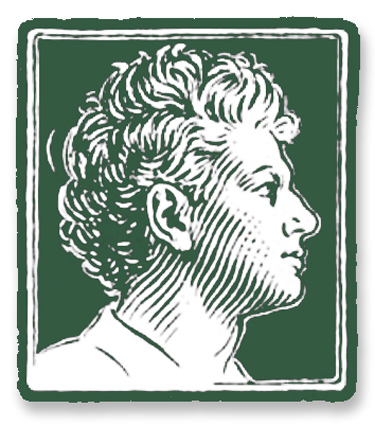 Above Dard Hunter self-portrait, from an advertisement for The Dard Hunter School of Handicraft in The Caxton: A Magazine for Quality Folks No 2 Vol II (November 1910).

A new book has just come out about the American artist, craftsman and papermaker William Joseph (Dard) Hunter (1883-1966). The title is Dard Hunter: The Graphic Works by Lawrence Kreisman (Petaluma CA: Pomegranate, 2012). While it does provide information about his participation in the Roycroft Workshops in East Aurora NY (founded by Elbert Hubbard) and his contacts with the Wiener Werkstatte in Vienna (including some wonderful photographs that I haven't seen elsewhere), it isn't so much a biography as a rich, full-color portfolio of his Arts and Crafts designs for books, bookplates, typographic lettering, advertising brochures, and stained glass windows.

Among the many things he made while living at East Aurora was an ornate title spread for Hubbard's book White Hyacinths (1907), which was subsequently used for two other Roycroft books, The Tale of Two Tailors (1909) and Pig-Pen Pete (1914). more>>>