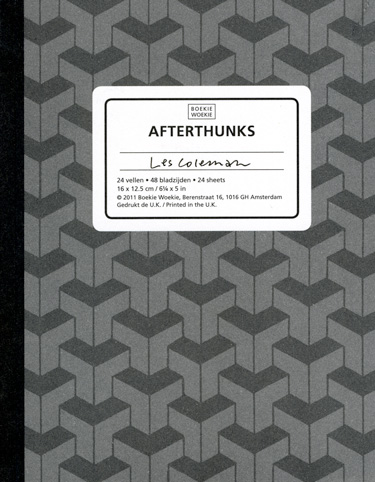 Whatever can be said about British artist and writer Les Coleman (whose work we have followed for decades), he is not thoughtless.

He thunks, he unthunks—and now in his latest book, he's been having afterthunks. It's called (appropriately) Afterthunks (Amsterdam, The Netherlands: Boekie Woekie, 2011. ISBN 978-90-78191-25-4). Above is a scan of the cover, as beautifully designed as are the interior pages by Colin Sackett. Some of Coleman's other books are available here at the same publisher's website (scroll down the page to find his name). Like many of his earlier publications, this is a book of his puzzling aphorisms (his thunks), ever so wonderfully interspersed with his equally "doubletake" drawings (one of which is shown below). As for the verbal thunks themselves, here are some teasing samples of those:


A triple-edged sword.
What is it about rag that makes a bull see red?
Houdini spent his life escaping from himself.
Terrified of shooting himself in the foot, he had both feet amputated.
"How the Electric Chair Saved Me From the Firing Squad"

As I have myself have always said, Les is more. 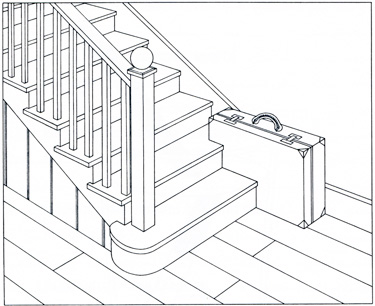