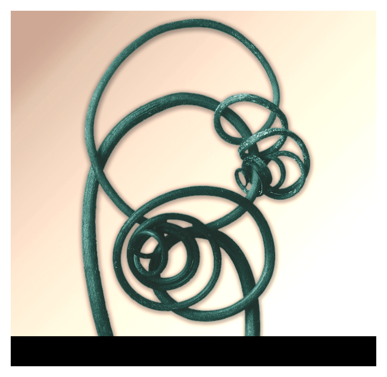 Above Image based on the plant photography of Karl Blossfeldt

The Beer house might well have been called the “Bear Garden.” We led poor old Mrs. Beer a dance and she loved it. She used to scream at us and we screamed at her—the noise was terrible every morning when she put a wet sponge down Joey Carter-Wood's neck to wake him and make him get up. She was always glad when we came back after an absence, and once she said, “I've felt that miserable all the time you've been away. It's that quiet and I miss the music!” Up till then we had been conscience-stricken about our nightly band.

Joey Carter-Wood played Scotch airs and popular tunes on the penny whistle. He had both good ear and voice. Thompson used paint brushes as drumsticks to play on two empty biscuit-tins, kettledrums to us. Harold [Knight] provided the big drum by beating his fist on the canvas of a big life study left behind by a former lodger, which picture was used in summer to hide the empty fire-grate. I hummed through a tissue-covered comb. We rehearsed our orchestra nearly every night, and generally stopped at two o'clock in the morning out of consideration for Mrs. Beer, who slept in the adjoining room. Apparently we need not have bothered!

There were two [Augustus] “John” drawings in our room left by their owner in lieu of rent. Most of Mrs. Beer's treasures were piled up underneath her bed; they included boxes full of books, which were no good to her, for she could not read. We always laughed to see her on Sunday afternoon, washed and shining, with her hair slicked back tighter than ever, dressed in her best black, sitting in the kitchen with a Bible in her hands; like as not it was upside down she did not know the difference.