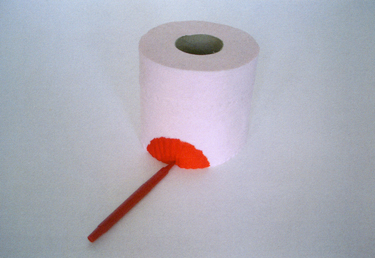 The following is a story told by Pablo Picasso, as quoted in Francoise Gilot (his former wife) and Carlton Lake, Life with Picasso. New York: McGraw-Hill, 1964, pp. 76-77—

I remember one evening I arrived at [Georges] Braque's studio. He was working on a large oval still life with a package of tobacco, a pipe, and all the usual paraphernalia of Cubism. I looked at it, drew back and said, "My poor friend, this is dreadful. I see a squirrel in your canvas." Braque said, "That's not possible." I said, "Yes, I know, it's paranoiac vision, but it so happens that I see a squirrel. That canvas is made to be a painting, not an optical illusion. Since people need to see something in it, you want them to see a package of tobacco, a pipe, and the other things you're putting in. But for God's sake, get rid of that squirrel." Braque stepped back a few feet and looked carefully and sure enough, he too saw the squirrel, because that kind of paranoiac vision is extremely communicable. Day after day Braque fought that squirrel. He changed the structure, the light, the composition, but the squirrel always came back, because once it was in our minds it was almost impossible to get it out. However different the forms became, the squirrel somehow always managed to return. Finally, after eight or ten days, Braque was able to turn the trick and the canvas again became a package of tobacco, a pipe, a deck of cards, and above all a Cubist painting.
Posted by Roy R. Behrens at 4:47 PM